The site for short players with a tall desire to be competitive–with a few Old School tweaks–on today’s diamond.

After five weeks at the Immunity Therapy Center in Tijuana, Mexico, I have returned to the line-up more fit than I’ve been in years.  Still fighting to keep the ground I’ve gained–but simply evening the score against cancer has put all the momentum on my side!  ~  J.H.

Technology always has unforeseen consequences. The metal bat saved school athletic departments bundles of dollars once spent on replacing shattered lumber; but the ability of the stick to develop a sledgehammer barrel, with just a short, skimpy handle directing its assault, utterly revolutionized hitting technique. For reasons that we discuss under Hitting, the stylistic shift left players of lesser stature… well, holding the short end of the stick.

Then there’s pitching, which has always been considered a tall guy’s gig. Short fellows have no business on the mound, we hear. A huge stride gives Long John a shorter distance to hurl, even if he has mediocre velocity; but the physical fact that the ball is farther from the center of rotation as he throws means that his velocity, most likely, is also pretty good, even with lousy technique. For this job, shorter candidates need not apply.

Or so the conventional wisdom has it. On this site, we beg to differ. Our focus is more on hitting, where numerous strategies have been suggested to us by researching the practices of Deadball Era batsmen (from the first two decades of the 1900’s).  Yet we have one or two ideas (based entirely upon experience) for the mound, as well.

Other online coaches offer you the “one and only” way to swing a bat successively; we promote a low line-drive technique ideal for some hitters.  The other coaches stress that everybody’s climbing aboard their Fantasmo Gamma Ray Hitting System; we to ask in our introductory video, “If everybody is getting the same headstart, then won’t all headstarts cancel out—and won’t the race once again go to the tall guy with the long legs?”

From Wee Willie Keller to Jose Altuve, shorter-than-average players have proved that they can post bigger-than-average numbers. Knowing one’s craft, however, is required. A Goliath can take out ten guys in the enemy battle line just by falling over: a David has to learn the fine art of the slingshot.

Our latest videos hitting videos are dedicated to the fine lost art of bunting: Bunting: A Brief Introduction is followed by The Basics of Sacrifice Bunting and several more daring speculations (like Cobb Did It… But Was It a Bunt?).  A few weeks ago, we were exploring how the lessons of yesteryear might be applied to using today’s metal bat.  See the smooth, quick, adaptable swing that employs a “shuffle step”; or for something a littler easier to learn and probably more accessible to beginners, try our adaptation of the nineteenth-century striker’s “fall step”.

Finally, check out the result of our latest experiments in pitching.  Currently we’re trying to assemble the pieces of a very low, almost sidearm motion (the “9:30 Slot”) such as Kirby Yates and Diego Castillo employ: view Pitching From the 9:30 Power Slot and Demonstration From the 9:30 Power Slot.  Creating these videos also led us to a serendipitous reconsideration of submarine pitching, as described in An Utterly New Submarine-Pitching Technique (Part I) and demonstrated in An Utterly New Submarine-Pitching Technique (Part II).

My name is John Harris.  I hold a Ph.D. from the University of Texas at Austin… but it’s not in Kinesiology or Sports Medicine.  No, I’m afraid my gift was in learning long-forgotten languages and literature.  I studied, taught, and wrote about such things as Virgil’s Aeneid, Homer’s Iliad and Odyssey, and the Middle Irish… END_OF_DOCUMENT_TOKEN_TO_BE_REPLACED 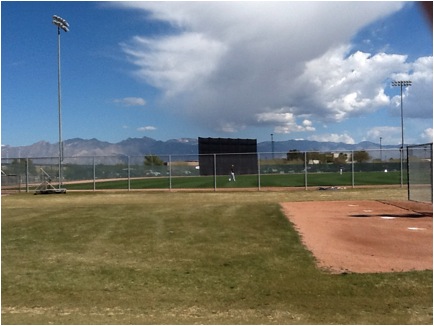 Please write us with your comments, queries, and requests.  Caustic criticism is also not unheard-of… but we don’t have time to trade broadsides.